Seek God's Plan for Your Role in These Last Days...Meteor, Nibiru, Wormwood...a Name is Just a Nam 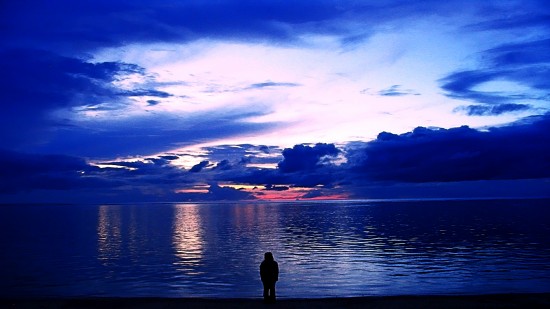 I believe the Bible for the literal Word of the Father in the Book is the Living Christ incarnate in a mystery which is complex and one which was moving set apart Prophets to record the revelations of God by His Holy Spirit.

I honestly believe a Great Tribulation as the Bible depicts will come to be as all things Prophesied have come to be when God intends them to. I also believe we have entered into the period directly before the Last Days, that final 7 year cycle in which God balances the scales and horrific things come about, in Jacob's Trouble or the problems which the descendants of Abraham have in the 13 tribes of Israel will suffer through.
I believe as posted here that the evidence concludes that America is the half tribe of Joseph and Great Britain is the other half tribe in their company of nations, as Jacob spoke of in blessing his sons.

Comprehend the star Wormwood as depicted in it falling from space. You know it would be a meteorite. It pollutes great masses of water in killing a great amount of things. It is in that period that the sun is darkened, meaning some types of clouds in the atmosphere and the moon as blood, and that is due to material in the atmosphere.

That would mean that people living on coastal areas would deal with huge tidal surges before the meteor struck. It would mean a massive tidal wave and several tidal waves depending on which ocean it hit.
It may break up and cause land craters and water waves, and that would match the description.

My reason for stating those things, in all things lost in Armageddon which is ridiculous as if you do not reside in the valley north of Jerusalem, you have no problems in that battle at all in that 200 million man army, it is just that if one lives on any continent within certain miles of the ocean, depending on flood plain, one is going to have to decide or should decide if perhaps preparing for something the Bible states will happen would be worth accomplishing now.

You saw the way gas was gouging people in hurricane zones, and you know in some type of horrid event where tomorrow would not matter, all kinds of social orders will be gone, and would you want to be traveling 300 miles in blocked roads, looters, robbers and locals who would just love to shoot you as the last person who showed up shot at them.

I would suggest that each of you talk to God and get confirmation in what He tells You in where you should move to if you decide on that venture and how He could utilize you.
I know it is a crap shoot in one could move from a flood plain and then get hit by a nuclear missile too in the wars to come, so things need to be in God's hands and then when confirmed to act upon them in your best ability.

There are matters to consider in above sea level, and mountain barriers, as it would not make a great deal of sense to be Mark Levin and move up the Potomac drainage as water would backwash up that river like all rivers, and one might as well stand by the shore and take it like a man and be done with it.

It is a much more feasable living in your secure location than trying to flee to it with mob of others all running for their lives.

You can always examine the topography charts of your locale and see where you live if it is so many feet above sea level and if you are in a lowland. You have time for all of this, as this does hinge on a last 7 year cycle. That cycle as the Bible teaches begins with a false peace treaty for the Middle East by the European anti Christ in the autumn.
Autumn it is, because Jesus returns some year in the Feast of Trumpets, Tabernacles or Boothes or Harvest and that is in our Thanksgiving period.

It is in the second half of the seven year cycle when this Wormwood hits earth with probably other "stars". So it is not like one has to loose sleep over these things, but it is a matter of designing a plan for you and your family.

Christians with God's Care in those who are not choosing to be martyrs in this, are going to have to survive a number of things in plagues, wars, meteors and this flood for examples, plus all the riff raff which votes democrat. Granted when things hit the fan, most of these people are going to go tits up within 6 months in drinking crap water or eating some bad food, as people are real idiots in not comprehending the basics not geting cholera or food poisoning.

You hunker down, figure like the Indians did in their gardens in you always kept enough seed for a few years in not expecting a garden every year, have some type of peasant thing like chickens and goats, some picture wire for snares for small game, and some big guns to shoo away things, and you will probably do alright.

Of course, my children you are going to act stupid. You know nothing when the constable asks and you have nothing when someone asks. You are just a stupid Blue State Reaganite who believes in lunatic things like Jesus coming back and that normal is the way life should be.

I can not go into a list of things you will need, because it will be too long, and this is about this meteor event and coastal flooding. The main point is being aware, and if you are in the interior of your nation, you probably got the major part of this solved, and then you need to figure out locations if God says you are in a safe spot.

To put it bluntly, if there are no cars to chug around in, providing you are 50 miles from a main artery in traffic, you probably are not going to have any lazy SOB walk that far to get at you. For one thing, most shoes are going to wear out before they put on the mileage, and there just are not enough horses to go around, and those riding around on horses are going to be shot first as one can see them miles away, even if one is careful.

I told people to get out of the large cities after 9 11, not cram into packed areas like sporting events, and to get a job not in a skyscraper, but nothing has changed. That is fortunate for you really as idiots in one spot make grand terror targets, and when a big wave washes them out to sea, it is not so many two legged varmints trying to chew on you.

Hmmm was just thinking in if that WMD the seers say goes off in New York, and then that Wormwood washes it all clean again fifty or a hundred miles inland, that in about 20 years that area will probably be like in 1700 AD in quite the duck hunting marsh. For those who do not know such things, Long Island and the area was really a wildlife hunting paradise until the people paved it over.

That honestly is something to look forward to I judge as that meteor seems more friendly now. Might take some getting used to though hanging out in they sky bright as the sun during the night, but a week of it am sure the novelty would wear off and if Davy Crockett could handle Tennessee with those New Madrid earthquakes shaking him awake, a few earthquakes jolting things might not be so bad.

Say, I will have to tell you sometime in when I met the Tiger Lily, that there was a big earthquake.
Sort of nice the world took notice and did a curtsy.

Nothing to be afraid of though my children. It is just praying, thinking on things, confirming and ending up where God intends the best for you.