One of the most thorough, well-documented and cogent explanations for how long the U.S.A. has been headed down the road toward totalitarianism...and describes the precipice on which we now find ourselves.

This is a must-read. and re-blogged from:

Under Siege: An Analysis of America's Burgeoning Police State, and the Solution

Stumbled upon this - finally - as I realized that the "Cosmos" or "Infinite One" wanted me to have it at this time... ha ha.

We've probably read this before in bits and pieces...and whether this is a true revelation by the entity that the Illuminati calls "Creator" - or Lucifer - or whether it is a hoax, the Illuminati nuts believe it.

And you can't take a position for or against something unless you understand it first.

So...read and enjoy.  It makes for good fiction, at any cost: 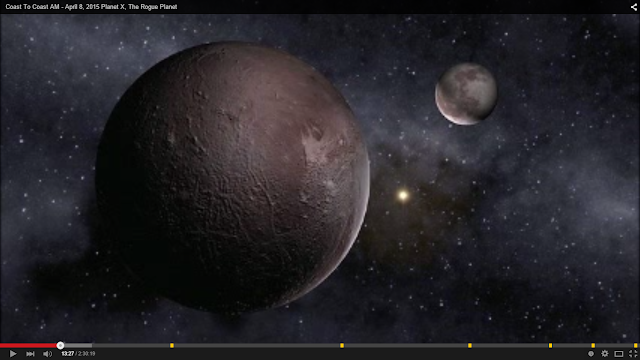 "In the first half, Bob Fletcher, a retired investigative researcher who conducted a probe into the CIA's involvement in US drug trade, spoke about the return of Planet X (Nibiru), how money has been secretly siphoned out of budgets to prepare for it, and the coming global cataclysm. According to his information, Planet X was first discovered in 1983 by infrared telescopes and appeared to be on an inbound trajectory. Since then, the United States has built numerous underground facilities (such as at Cheyenne Mountain), which will be offered as a survival option to only an elite few, he stated. China has reportedly also completed the construction of underground facilities. Operation Jade Helm 15, a military-law enforcement exercise coming later this year, is a dry run for "martial law," and is being conducted as a test for how to deal with the public when they learn about Nibiru's impending arrival, Fletcher contended. The rogue planet will first be visible as a new star-- it's been calculated to be five times the size of Earth, and has several attached moons-- and will arrive possibly in December 2015, with its closest approach during March-April of 2016, he suggested, adding that the timing could be one year later. Solar flares connected with Nibiru's passage could wipe out all electronic devices, and a multitude of large meteorites hitting the oceans will cause immeasurable tsunamis, he added." Text excerpted from the above-referenced Youtube video.
Posted by Joe Smith at 6:11 PM No comments:

Would Corporations Murder Americans for a Profit Through Water Scarcity Disinformation and Manipulation? YES

Alex Jones calls out corporations for the manipulation of California water supply:

Read the article that highlights the impact of this now-present threat to seven generations of Americans.

http://www.allnewspipeline.com/Pacific_Ocean_Blob_Fukushima.php
Posted by Joe Smith at 9:54 AM No comments: