It's been reported that Vicente Fox, Mexican President, apologized for using a vulgarity to insult Americans and our President Trump when he said  "I'm not going to pay for that fucking wall!"

The following video shows that he says "If I offended you, then I'm sorry, but what about the other way around?"

WTF?  Has this Indian/Spanish prince been off the reservation too long?  That is no apology and the fact is that any American dollars that find themselves in the hands of the Mexican government goes into the POCKETS of the corrupt government officials.  It has always been this way and always will.

Now, their country is overrun with drug cartels who have now been handed a carte blanch to behead and mutilate any who stand in their way of running drugs to their biggest customers...Americans.

Stay in your country and fix your country.  If you are in ours, then GO HOME.  No more freebies, no bennies, no more anchor baby shit.

Get the hell out and good riddance.

BTW, Fox...try again.  Because if that's your idea of an apology...YOU SUCK AT IT.

TAKE IT TO THE MATTRESSES ... The Godfather 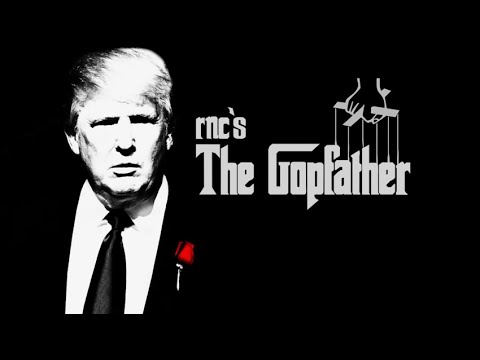 May 4, 2016 ...  Oh, the whining, the crying, the pounding of chests and stomping of feet!  Want to win a modern campaign?  For starters, vet your candidate.  Don't parade a dual citizen, or naturalized citizen, or worse - a potentially non-citizen whose records have been sealed (he's such a wise and cunning little devil, right?) - and expect Americans to buy it.  We're too sophisticated.  We have access to too much information.  We read.  We research...and when we smell a rat, we've had enough progressive and globalist manipulation shoved down our throats - that we will shove it right back in your faces.

So you lazy, so-called "Christians" whose actions betray nothing except your self-righteous and self-loving religiosity - get a grip.  There may be no rapture that rescues you from the coming economic collapse.  Your government-owned 501(c)(3) church and pastors won't feed you, house you, and stroke you when you don't have a crumb to eat.  All of your good intentions won't replace the time, resources, effort, thought, and preparation that you should've been making instead of sitting obediently in church - a targeted and imprisoned population of do-gooders - listening to preachers tell you that you were somehow faithless if you took care of yourselves and your families.  And when the progressives begin their onslaught of unending negative political ads against my candidate and the only alternative is the reptile, remember that you could've been a force for good in supporting the lion that God Himself has raised up for such a time as this. 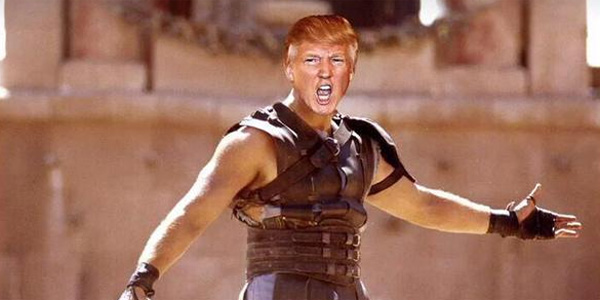 A lover of America and her people, Trump has the courage and has honed the selfless ruthlessness that the fight with progressives require.  Do you honestly think that being a soft-spoken, weak, polite, and gentle candidate will defeat the complete monstrous garbage that is Hillary Clinton?
The globalists' ambitions are to enslave an entire country of the most diverse and talented people on the planet.  Progressives want to overrun this country with illegals who will suck the country dry of its resources and the fruits of the labor of the able-bodied - to rob future generations of a potential future for happiness and productivity.  They have every intention to murder you and yours.

So dry up your tears and gear up.  Continue to say your prayers and repent that you judged an entire American population that didn't believe in your candidate.  Repent of your self-righteousness, your pride in being the "chosen" and accept that your role may not be the grand players on the stage as you believed it your right to be.

Accept that Donald Trump is the chosen one of God and has the strength, will, fortitude, and ability to defeat the greatest evil this planet has ever known.

TAKE IT TO THE MATTRESSES...

Don't be weak-minded.  Watch the videos in their entirety to know the level of determined corruption that we face:


TIME TO TAKE IT DOWN AND BUILD ANEW

LYIN' TED IS OUT, BUT CAN'T BE TRUSTED AND POTENTIAL DANGER TO TRUMP 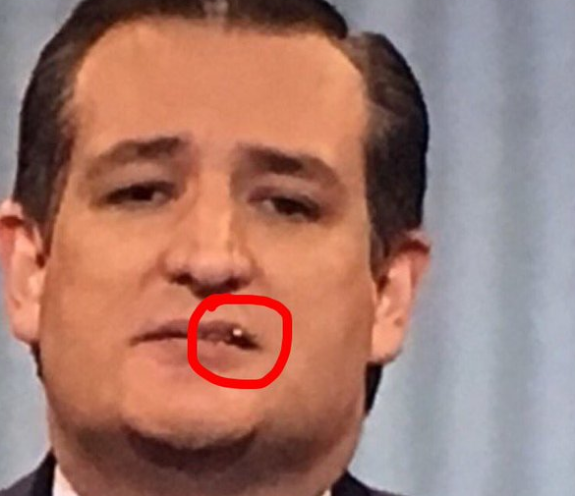 Because anyone over ten who eats his or her boogers can't be trusted.

Canadian Ted, in his lying, lawyer-speak, bowed out of the campaign last night, Tuesday, May 3, 2016, giving the national favorite, Donald Trump, his rightful place as number one contender amongst the more conservative of Americans.  Is Trump Republican?  Who the hell knows what a Republican is in this day and age?  But what we know is that we sit on the verge of a precipice, tilting toward the dark space of annihilation...and we need a strong and purposeful American-loving leader.

Canadian Cruz not only isn't that person, but his own father has been complicit in working as a CIA operative and spending time with Lee Harvey Oswald.  The last time we had a man in the Oval Office who would destroy the Fed to protect Americans from the Jew-owned, Masonic, and Corporatist-owned banks was JFK and...interestingly, a Cruz was somewhere around then as well.  WTF?

We're onto you, Teddie.  So take your Goldman-Sachs, your abused wife, and bratty children and go back to the Houston burbs.  We'll deal with you about that Senate seat soon enough.

THE CONSPIRACY TO DESTROY ALL EXISTING GOVERNMENTS AND RELIGIONS
CLICK HERE