Obama, Bastard, Remains Usurper Even if Mama Not Married to Sperm Donor

Article 2, Section 1 of the Constitution requires that BOTH parents be U.S. citizens at the moment of one's birth...MUST be, not "shall" be... this is MANDATORY...to be eligible to be placed on a ballot as a POTUS candidate and to hold the office of POTUS.

So desperate and so corrupt is the Democratic National Committee, Nancy Pelosi, then-Chair, and the progs - that they had a corrupt, ridiculous, illegal, and fraudulent "legal opinion" drafted after the election in 2008 to be sent to all politicians and state attorneys general...because the public might, just might, know the truth and demand an answer as to why you were ever placed on the DNC ballot.

But Leo Donofrio, legal eagle, BUSTED YOUR BALLS... and outed this piece of garbage for what it is...http://naturalborncitizen.wordpress.com/2011/12/01/debunking-the-new-natural-born-citizen-congressional-research-propaganda/ - engaging the best legal minds in our country in a discourse and examining legal cases, precedents, landmark cases...and picking apart the so-called "legal opinion," of your experts...which an eighth-grade debate student could do...so pathetic is the CRS opine.

Leo Donofrio went on to write an amicus brief that BUSTED YOUR BALLS AND OUTED YOU FOR THE USURPING FRAUD THAT YOU ARE...a sham...a liar...a poseur...

Barry, your legal father at the moment of your birth is the black Kenyan...that is what you claim, which renders you ineligible as a dual citizen.  You are very well aware of this fact.

In the event you are blowing smoke up Congress's asses by telling them that he isn't your father, that your mother was a whore and you don't know who your father is...guess what?  You STILL don't meet the requirements under the Constitution which require that you prove that BOTH parents were U.S. citizens.

You said...you lied...you claimed...you put the fraudulent birth certificate on the White House web site...and shoved it in our faces plastering it on your mugs that you hawk... 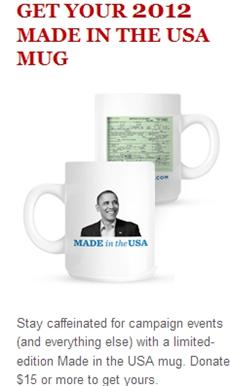 See...if you lie, Barry...you will get caught...and you've been caught.

No one can ever grandfather your ass, pass a resolution, amend the constitution - to give you grandfathered status...it can NEVER happen.